When a group of game writers, directors, and actors get together to create a play from scratch in 24 hours, the results are entertaining–and enlightening. Here, the accomplished participants in the 24 Hour Play talk about the process and bust some myths about writer’s block.

The 24-Hour Play, presented by Montblanc, an annual benefit for the Urban Arts Partnership, are what they sound like: A series of frenzied 10-minute plays that are written, directed, and mounted all in the span of one day. Patrons buy tickets and make donations. Arts education is restored to public schools in cities.

The event has been going on for more than 10 years and attracts big talent, since the commitment is just one day, and because it’s an opportunity to do some real good in such a short amount of time. But it’s also a great opportunity to learn something about how creativity is fueled by a deadline and the minds of the industry’s most accomplished writers.

Here’s how it works: A bunch of professional writers, directors, and actors gather in a theater at about 9 p.m.–in this case, it was on Friday, June 21, at the Broad Theater in Santa Monica. They sit in a circle on the stage. The actors introduce a prop and a costume they were asked to bring from home. Anna Camp brought a voodoo doll from New Orleans. Melanie Griffith brought a magic wand that was actually made out of gold. They were also asked to suggest things they both would never do (nudity, mostly) and things they would like to try (a surprising number of them wanted to get into a fistfight). And finally, they were asked for special skills. By far, the most outstanding was Wilmer Valderrama’s impression of an imagined Latin Denzel Washington, which was so accurate and good that it was confusing. Close behind was Griffith’s impression of a crying baby, which was entertaining and incredibly creepy in equal parts.

(And here it’s worth pointing out: Everyone who volunteers for this is incredibly benevolent. The directors will only have a few hours to direct, and the actors will only have a few hours to learn lines. But when people talk about what a grueling process this is, they’re apt to remember that it’s the writers who came up with something from nothing; it was the writers who stayed up all night trying to get it right.) 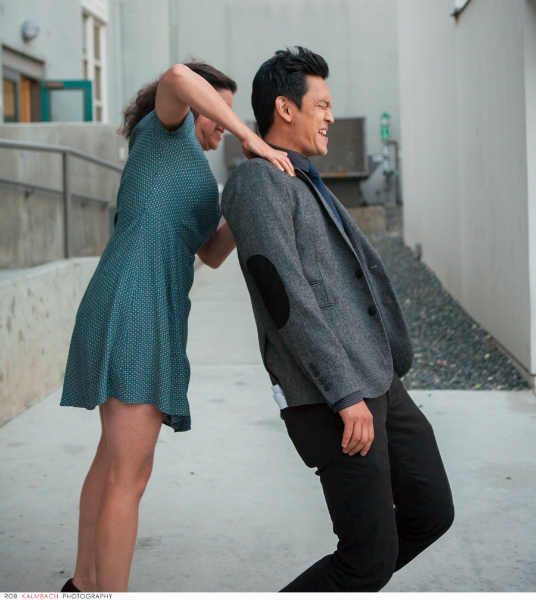 Most of the writers–especially ones that had done this before, including Rachel Axler (New Girl, The Daily Show,) Jenny Bicks (The Big C), and Ben Karlin (Modern Family, The Daily Show)–came in with inklings of ideas, but they knew they shouldn’t go too far until they knew who was in their cast.

Of the newbies, only Will McCormack (Celeste & Jesse Forever) came in with a fully formed idea that he ended up using. Writing team Gabrielle Allen and Jennifer Crittenden (What’s Your Number?) started from scratch, as did, reluctantly, Bill Wrubel (Modern Family). “I was working all day and the other writers in my writers room were saying, ‘Are you crazy? Don’t do this. It sounds awful! Do you have an idea? You should definitely have an idea.’ ”

I had asked the writers to keep track of the way that the deadline, and particularly the fear of not meeting it, affected their work over the course of the night. They reported back the next morning. Axler mentioned that she had done the same thing she’s done at previous events like this, which is to become very sure at about 2 a.m. that it’s time to abort the idea, but then ultimately keep at it until it was done. At about 4 a.m., Wrubel sought the counsel of his wife, Crittenden, to see if what he was doing made sense. As the sun rose, Crittenden and Allan panicked that the ending wasn’t quite gelling. But it came together in time.

The writers mostly worked up to the wire. They couldn’t say for sure that the product would be that much better if they’d had a week to do the play. “Different,” said Bicks. “I would have honed some of the jokes. But not necessarily better.” 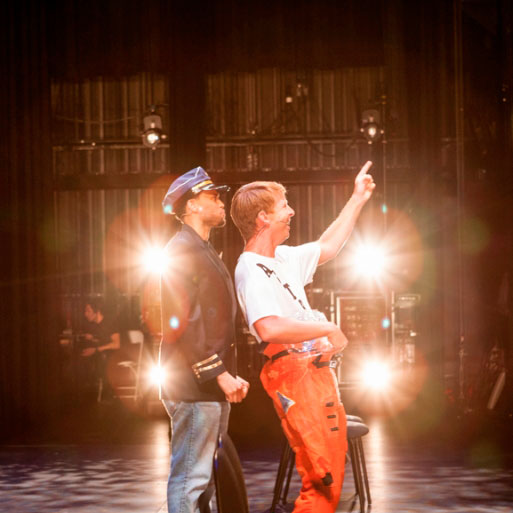 And Wrubel also worried that some of the jokes weren’t quite there, but ultimately he was satisfied. “For the four hours I worked on it, I kind of gave it my best shot.”

But none had anything to say about worry that they wouldn’t make their deadline, or urgency. Yes, they were worried about doing a good job. But they weren’t really worried about bombing, or not getting the work in on time. My hypothesis had been that a short deadline might yield some sort of urgent creativity, hilarity they never knew they possessed. But as they explained to me, they’re always on deadline. They’re used to handing in work that they feel could be better if given more time. They don’t really understand why they’re funny. It just kind of happens. Ah, the banality of genius.

But that’s not to say there’s nothing to learn from the event or the writers about the creative process. What you could learn most from watching these writers at the 24-Hour Plays is probably something you could have learned watching them over a month: Not one of them reported staring at the blank page, unable to move forward. Sure, it took a while for some to get started, but none of them ever felt their abilities had been frozen, the way we think when we’re unable to move forward with the next sentence. In other words, no one had what we call writer’s block.

I write every day. Sometimes it’s good and sometimes it’s bad. . . . I just do it. I don’t really do writer’s block.

“You can’t be so precious with the process,” says Bicks when I asked her about it–and I had to ask, since not one writer mentioned it. “We can really spend so much time not writing because we’re thinking of how hard writing is. This process shows you if you just get down to it, if you have no choice, something will come out of you, something interesting could happen.”

So writer’s block is not really about some sort of internal or external force that paralyzes you; it’s actually just the act of thinking about writing more than actually writing.

In fact, a thing the writers all had in common was a refusal to ascribe magical aspects to the act of writing.

“Writing isn’t really about the visitation of the muse and the moment of divine inspiration,” says Wrubel. “That’s a myth. Maybe you have an idea that’s workable. Maybe you have a genius idea. You probably don’t. But if you did, it’s still about crafting and muscling it into shape. Find something you think you can do, and then beat by beat try to make it work.”

And maybe writer’s block is a response to the fact that when we sit down to write, there is just so much we could potentially do. “I think maybe writer’s block comes from not having a specific assignment,” says Axler. “It’s a function of being overwhelmed at the vastness.”

All that’s not to say that there’s no such thing as inspiration, and that inspiration is a little bit of magic. “I believe in muse and inspiration, but it’s much more haphazard,” Karlin says. “You can’t rely on it. You don’t know when it’s going to come. I believe that good ideas come at random moments.”

But deadlines don’t care about ideas. “Sometimes you’ve got the germ of an idea, and sometimes you’re thunderstruck,” says Allan. “But either way, it has to get done.”

Crittenden agrees. “I always say you can’t wait around for inspiration. That’s how you procrastinate.”

Listen closely. They speak of writer’s block not as a supernatural curse, but as a choice. Perhaps what separates very successful writers from the ones in coffee shops that have a blank Final Draft page up, or the ones who can’t move on to the second paragraph of their novels because the first one isn’t just exactly perfect yet, is this idea that writer’s block is something you choose. Success doesn’t depend on magic and strange notions of inspiration. Working writers (or a writer who wants to work) can’t wait around for those moments, the same way a surgeon can’t wait around to feel inspired to do a valve repair. You’re on a schedule. This is a job like any other in the world. It might be hard for those of us who have stared down the barrel of a deadline, sure that something outside their reach has a grip on them, to think we were in control that whole time. But if you don’t believe me, come and see the 24-Hour Plays. In its 11-year history, there has never been a writer who came up short. Then get to work.