A Day in a Los Angeles Middle School

While I was driving through South Central Los Angeles to the LAUSD Middle School #7, about to teach a class in photography, I was wondering what to expect. I had never been to the school before. Back in 2012 I gave a class at the Newcomers High School in Queens, New York. Thinking about that experience, I fondly remembered the engagement of the students and their hunger to learn.

Upon arrival, I found an ultra-modern school complex, which could come right out of Architectural Digest. While this was impressive, what caught my attention was the incredible level of security. After passing through two twelve feet high steel gates I entered the secure admission area. As a New Yorker used to security procedures, I was carrying my Government issued photo ID, but instead the Head of School was expecting me and allowed me to skip the procedure. 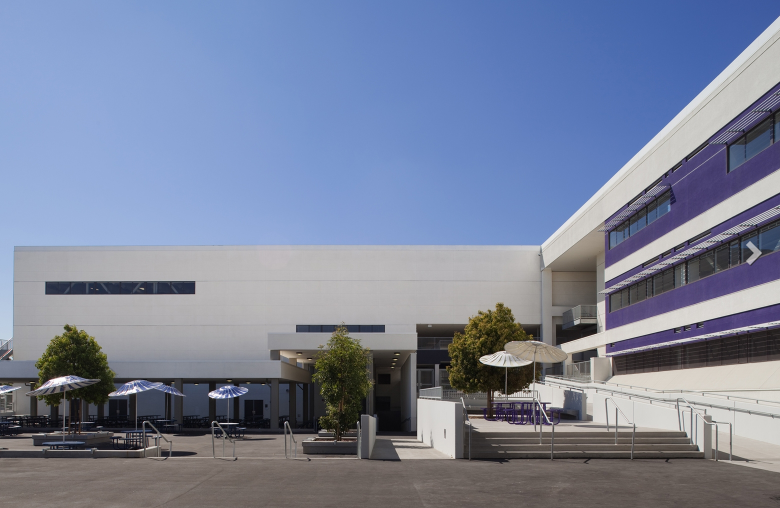 As we walked down various corridors, I looked into busy classrooms. The school is an oasis in an otherwise challenging neighborhood. Education is the only reliable way out of poverty and I was looking forward to make a small contribution.  I opened the class with a short lecture about some principles of portraiture photography. As the students patiently listened to my explanations, I could sense that it was time for some hands-on experience. The cameras came out and we setup various lighting scenarios. The student’s energy was rising immediately and the room was filled with lots of creativity and ideas.

When I left the school later that day, I felt good. While working with a group of talented young students, I realized once again that they only need an opportunity and they would rise to the occasion. 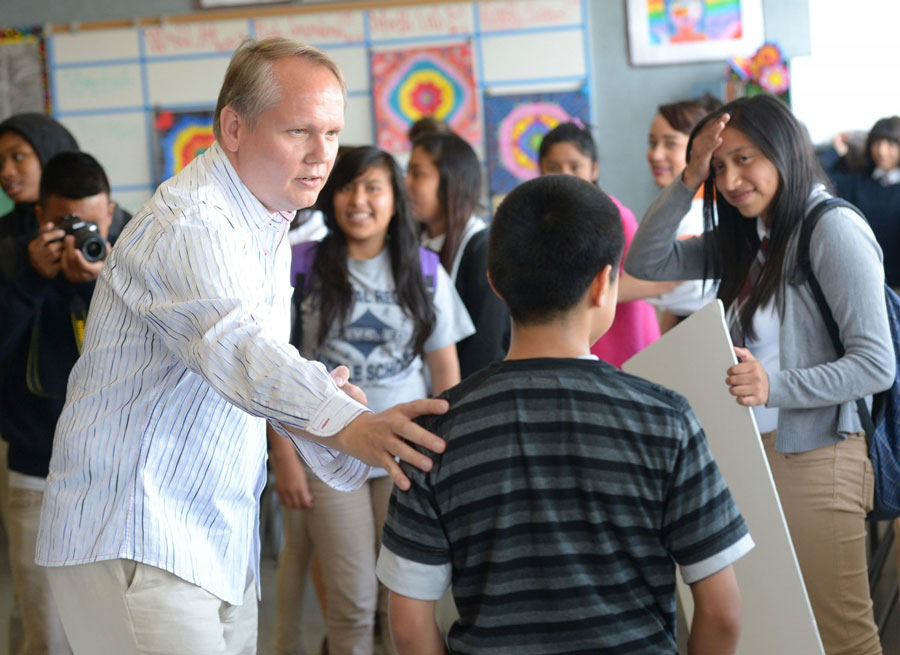 As a means of visual communication and expression, photography has distinct aesthetic capabilities. One of the most important characteristics is immediacy. The essential elements of the image are usually established immediately at the time of exposure. This characteristic is unique to photography and sets it apart from other ways of picture making. The seemingly automatic recording of an image by photography has given the process a sense of authenticity shared by no other picture-making technique. The photograph possesses, in the popular mind, such apparent accuracy that the adage “the camera does not lie” has become an accepted, if erroneous, cliché. This understanding of photography’s supposed objectivity has dominated evaluations of its role in the arts. In the early part of its history, photography was sometimes belittled as a mechanical art because of its dependence on technology. In truth, however, photography is not the automatic process that is implied by the use of a camera. Although the camera usually limits the photographer to depicting existing objects rather than imaginary or interpretive views, the skilled photographer can introduce creativity into the mechanical reproduction process.

The most important control is, of course, the creative photographer’s vision. He or she chooses the vantage point and the exact moment of exposure. The photographer perceives the essential qualities of the subject and interprets it according to his or her judgment, taste, and involvement. An effective photograph can disseminate information about humanity and nature, record the visible world, and extend human knowledge and understanding. For all these reasons, photography has aptly been called the most important invention since the printing press.