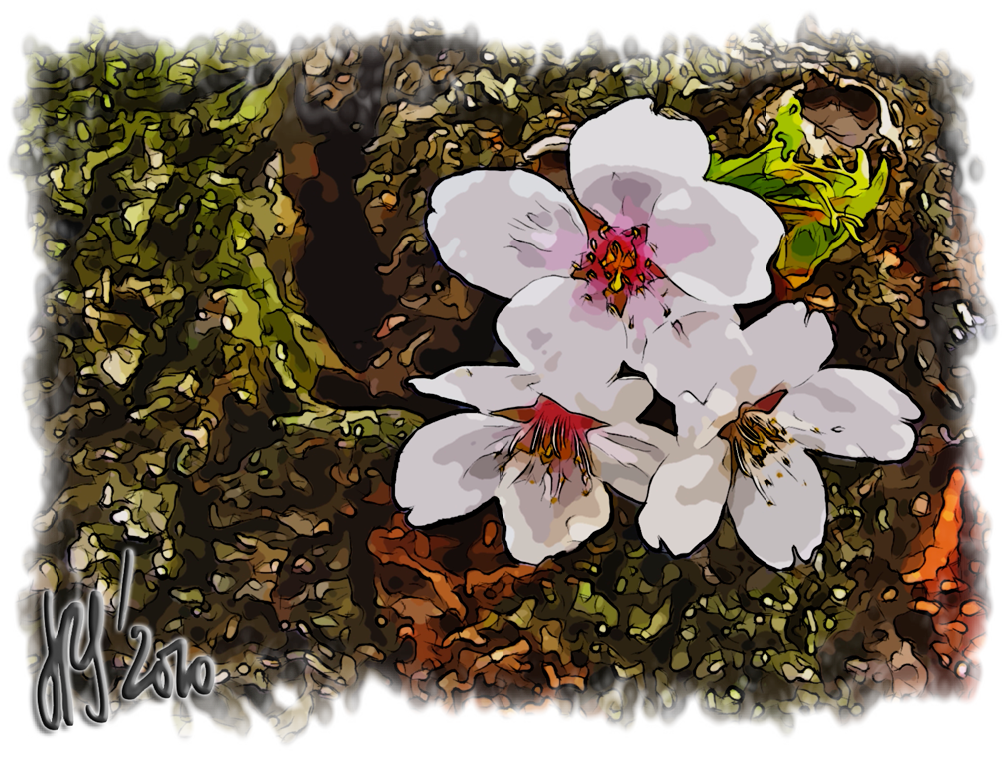 HAPPY NEW YEAR
あけましておめでとうございます
The year 2010 will be remembered as a transition year as we dismissed the notion of permanent economic distress. After the trauma of 2008 and 2009, we began to rebuild our economy.
Let's recap: On October 12, 2007 the Dow Jones Index stood at 14,093. It fell down to its lowest point on March 6, 2009 where it recorded at 6,626. At the beginning of last year we opened at 10,428 and we closed the year at 11,625.
Our portfolio is doing well.
But throughout the past twelve months we didn't trust what we experienced. While indices indicated a positive trend, our confidence was still shaken and the trust into the future was merely a little blossom.
Sakura.
The Holiday Season has been a sakurazensen, like the traditional blossom forecast published every year by the Japanese Weather Bureau. While the philosophical implications are certainly worth consideration and a debate, consumption is clearly a leading indicator of our confidence.  We started the season very strong as during the Black Friday weekend 212 million Americans went to the shopping malls across the country, spending an impressive $45 billion. To put this into comparison, the European Union agreed around the same time to bail out the country of Ireland with an $89.4 billion loan. A difference of $44.billion between one country's shopping spree over a long weekend versus another countries future. I am guilty of ignoring the relative size of the two players but the numbers are striking. For the Holiday Season, MasterCard Advisors' SpendingPulse report indicated a 5.5% increase over the same period in 2009. The Goldman Sachs Weekly Chain-Store Sales Index recorded a similar performance for the week ending December 25: a strong 4.8% growth. This is not a sign of transitional behavior; this is a clear growth pattern. An interesting factor in this consumption behavior is that fashion showed a strong increase. Fashion is a discretionary spending, which psychologically requires economic confidence; or at times deep depression but this is a personal, not a macroeconomic issue. Menswear grew 10.5% which is another positive indicator. During economic distress women tend to reduce discretionary spending while men by-and-large stop it altogether. This season menswear grew almost twice as fast a women's apparel.
Expressed through our collective consumption, we certainly demonstrated impressive confidence.
The one misleading indicator, in my opinion, is the unemployment rate. Last week, initial claims for unemployment benefits fell to the lowest level in more than two years. While the four-week moving average claim rate is considered an early indicator, I doubt that we will see sustainable job creation over the midterm. During the disruption, corporate America has realized that resources have not been optimized. We have traditionally been far away from the Pareto Optimum.
We learned that we can create, ceteris paribus, the same output with less input. This results in improved margins and therefore a higher profit ratio. I believe that we will see the reintroduction of resources above the rate of growth only when the demand for goods and services, most likely again driven by credit availability, will force unemployment down and provides job flexibility for the employee. Job flexibility will reduce the willingness to operate at or close to efficiency which will ultimately reduce productivity and reduce margins. After all, everything is a cycle with the length of intervals being positive reciprocal proportional to our collective recollection of personal economic distress.
Today, January 1 2011, we celebrate the beginning of a New Year and a new era. Let's celebrate Hanami, without the flowers but with the anticipation of better times.
The practice of hanami is many centuries old. The custom is said to have started during the Nara Period (710–784) when the Chinese Tang Dynasty influenced Japan in many ways; one of which was the custom of enjoying flowers. Though it was ume blossoms that people admired in the beginning, by the Heian Period, sakura came to attract more attention. From then on, in tanka and haiku, "flowers" meant "sakura."

Hanami was first used as a term analogous to cherry blossom viewing in the Heian era novel Tale of Genji. Whilst a wisteria viewing party was also described, from this point on the terms "hanami" and "flower party" were only used to describe cherry blossom viewing. The beauty of the cherry blossom is a potent symbol equated with the evanescence of human life and epitomizes the transformation of Japanese culture throughout the ages.

Emperor Saga of the Heian Period adopted this practice, and held flower-viewing parties with sake and feasts underneath the blossoming boughs of sakura trees in the Imperial Court in Kyoto. Poems would be written praising the delicate flowers, which were seen as a metaphor for life itself, luminous and beautiful yet fleeting and ephemeral. This was said to be the origin of hanami in Japan.

The custom was originally limited to the elite of the Imperial Court, but soon spread to samurai society and, by the Edo period, to the common people as well. Tokugawa Yoshimune planted areas of cherry blossom trees to encourage this.