For much of the past decade, China has been the key driver of the global growth in sales of luxury products and services. But over the course of the past eighteen months a number of factors—some predictable, others less so—have combined to slow what had been a torrid pace of the Chinese luxury market.

The upshot of these developments is that China luxury market has been transformed from a veritable gold mine into a market with a more challenging operating environment for purveyors of luxury goods.

In retrospect, some sort of slowdown of the Chinese luxury market was bound to occur. Recently released earnings reports of many global luxury brands are comparatively poor. Revenues only grew modestly and profits are down, in some cases like Prada severely, who reported for the third quarter of 2014 a 44% decrease in profits against a sales drop of 5.6%.

From 2004 to 2012, sales of foreign luxury brands rose at an annualized rate of 25 percent. That record catapulted the Chinese luxury market into the fifth-largest market for luxury goods, trailing the United States, Japan, Italy and France. Based on that performance, many analysts were confidently predicting that by the end of the decade China would surpass the U.S. as the world’s leading luxury goods market. 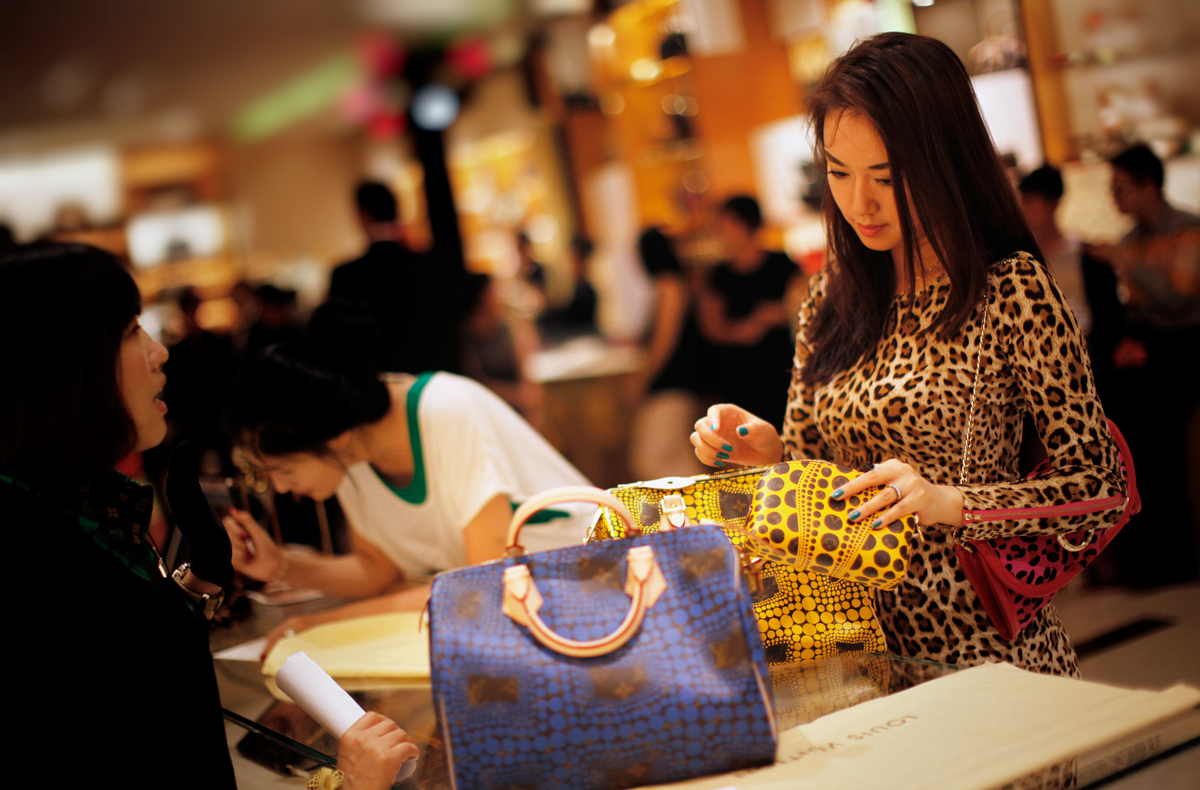 That forecast may yet happen, but a sales slowdown that began in 2013 makes it seem much more problematic.

What has happened to bring this about? It depends who you talk to—and what you look at.

Currently, there seems to be widespread consensus among these executives that the slowdown in “conspicuous consumption” is temporary. Such thinking may be naive.

President Xi’s campaign has already gone far deeper and lasted much longer than anyone imagined. It seems likely to continue indefinitely, because corruption is damaging the very legitimacy of the Communist Party. By fighting corruption and the ties between political leaders and members of China’s wealthiest citizens, Xi is attempting to quell what could erupt into civil unrest. The fight to prevent that from happening will therefore continue. 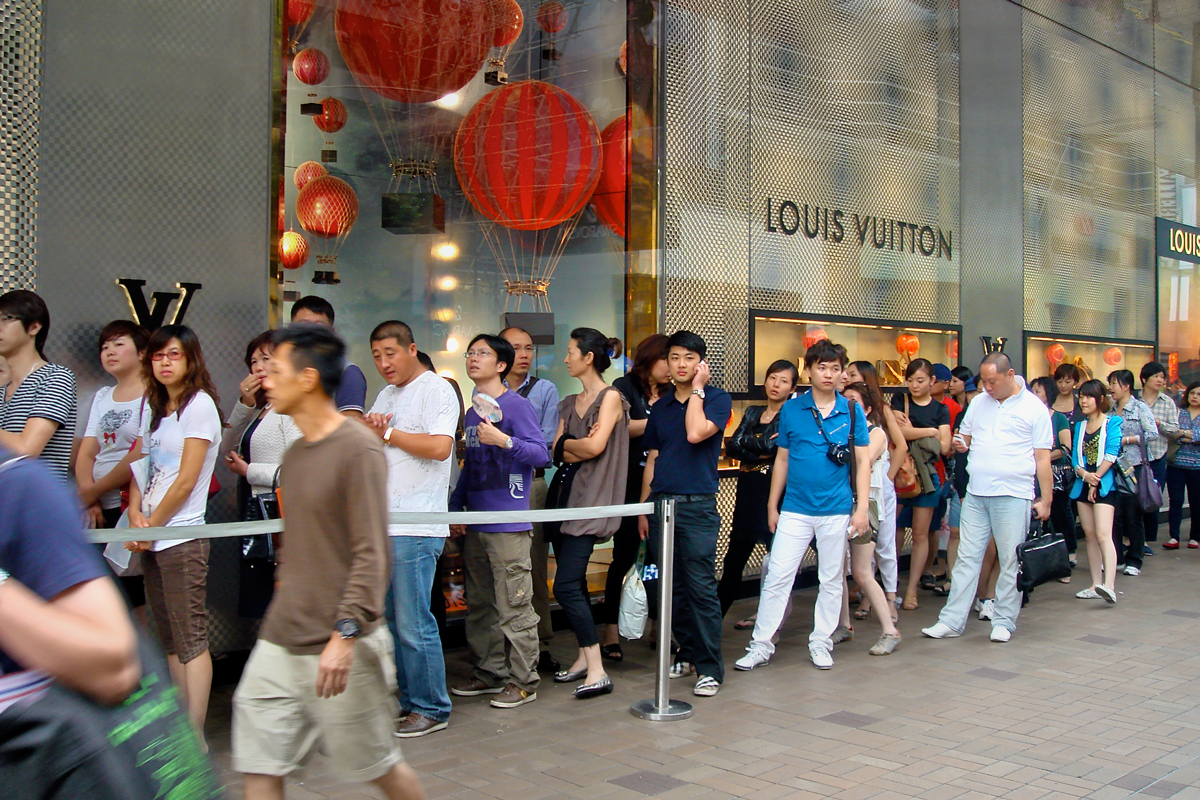 In addition to political factors, luxury goods companies are also being forced to adapt to changing behavioral patterns among Chinese consumers. Put another way, the days when wealthy Chinese would pay any price to own a foreign luxury brand are becoming a distant memory.

To be candid, pricing patterns adopted by luxury goods companies hastened this change.

The rise of newly-rich Chinese has led to a sharp increase in foreign travel. Reflecting that development, over the last five years luxury brands sales not only increased sharply in Mainland China, but also with Chinese customers snapping up these products abroad, mostly in Hong Kong and in Europe.

This foreign buying laid bare a large price differential between the luxury goods sold in Mainland China and those sold in the rest of the world. For years, the industry maintained a practice of marking up luxury goods sold in China by anywhere from 25 percent to 40 percent, excluding taxes; the number is around 70 percent if taxes are included.

It will take time to whittle down the price differential, but paring back prevailing prices on products already sold in China will be much more difficult, and will require the development of a “more affordable” product category consisting of new products at lower price points. This is where brands like Tiffany, Coach or Tory Burch come into play with their strategy of well-designed premium products at more “democratic price-points”.

Shopping is perhaps the most important attraction luring Chinese tourists to Western countries, but a narrowing of price differentials probably will not encourage consumers to stay home.

Just four percent of Chinese hold passports, according to recent estimates, compared to 30 percent of Americans and 70 percent of Britons, but China’s numbers are increasing by 10 million to 15 million a year. 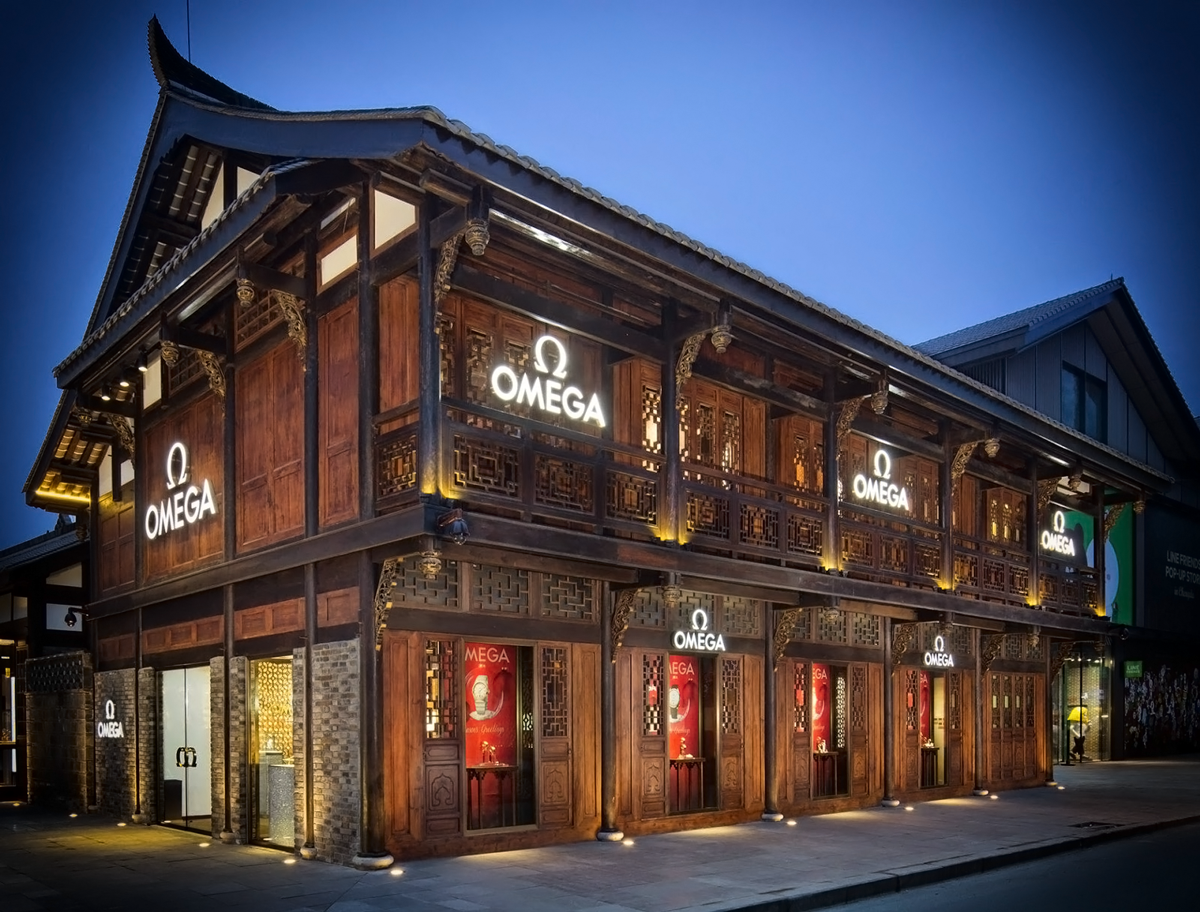 However, it is not only about price. Consumer taste, also driven by the anti-corruption movement, evolved from ostentatious branding to more subtle designs. With that came some fatigue for mega brands, which could present a market opportunity for creative industry newcomers such as the Shinola brand.

The rise of the Internet and e-commerce in China is easing the entry of “more affordable luxury” into the Chinese market and represents what looks like a double-barreled threat to luxury goods purveyors.

One threat is physical. Over the past decade luxury brands have invested hundreds of millions of dollars in bricks and mortar boutiques. Companies that have made these investments face rapidly rising rent and personnel costs even as internet shopping becomes more and more widespread.

In 2009 e-commerce represented roughly 3 percent of China’s retail sales. That figure is projected to reach almost 16 percent in 2014.

Luxury goods purchases are part of the online wave, a trend that bodes well for American premium brands, who currently are more adept at operating e-commerce businesses than other, more traditional luxury goods companies.

Then there is the other threat: internet speed.

It used to be a rule of thumb that a company needed at least thirty years to build a global brand. Thanks to the internet, that time frame has been reduced to about 18 months.

To sum up, demand for luxury products in China is not fading, despite the problems and challenges noted above. But the hurdles they have created are not temporary. The Chinese luxury market is evolving; it is imperative that luxury good business models take note and change with the times.