Shuffleboard 2.0. The modern way of sliding the groat 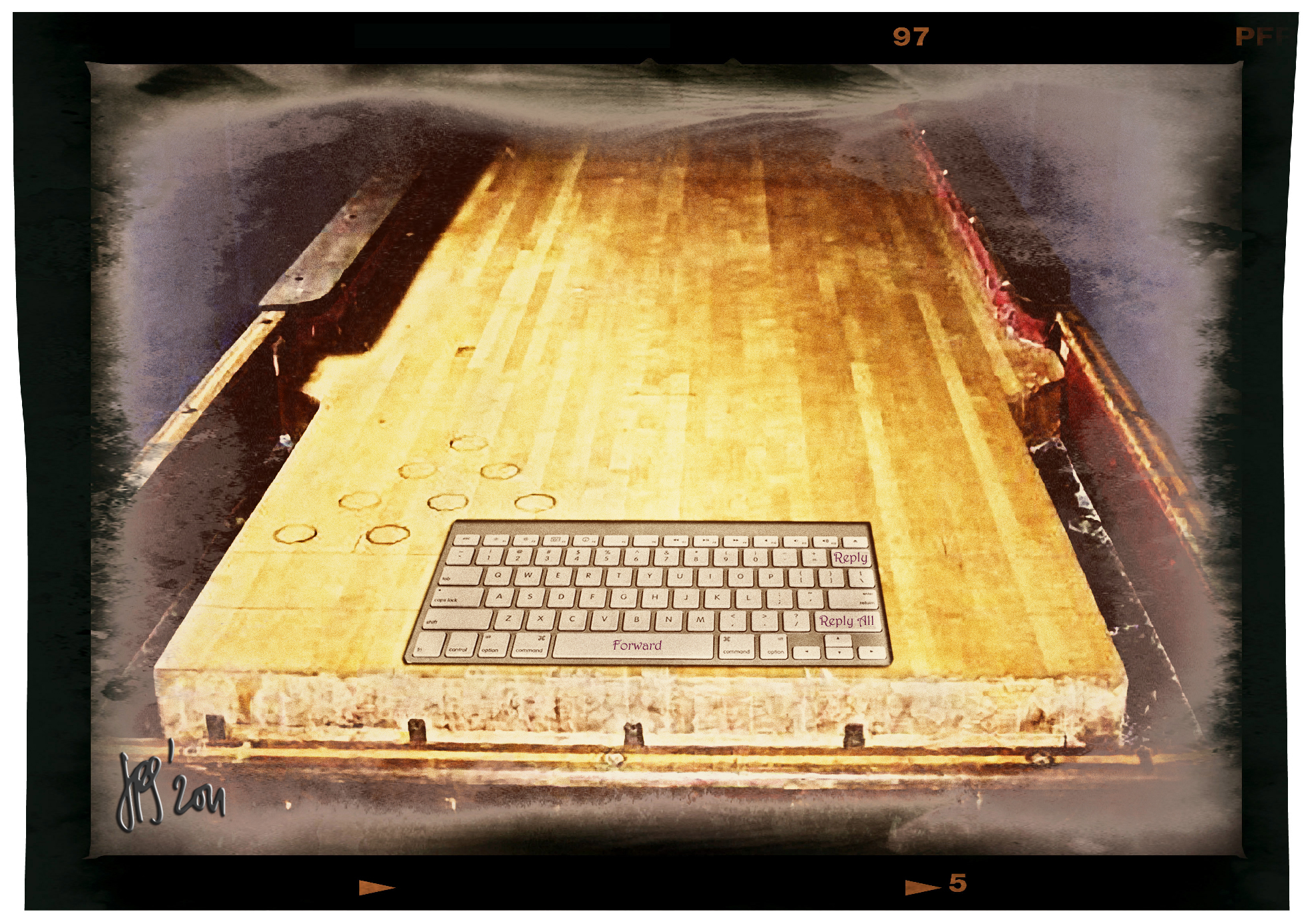 Excursion of the steamship "Quaker City" to the Holy Land, Egypt, The Crimea, Greece, and intermediate points of interest. On board: Samuel L. Clemens aka Mark Twain.

"At seven bells the first gong rang; at eight there was breakfast, for such as were not too seasick to eat it. After that all the well people walked arm-in-arm up and down the long promenade deck, enjoying the fine summer mornings, and the seasick ones crawled out and propped themselves up in the lee of the paddle-boxes and ate their dismal tea and toast, and looked wretched. From eleven o'clock until luncheon, and from luncheon until dinner at six in the evening, the employments and amusements were various. Some reading was done, and much smoking and sewing, though not by the same parties; there were the monsters of the deep to be looked after and wondered at; strange ships had to be scrutinized through opera-glasses, and sage decisions arrived at concerning them; and more than that, everybody took a personal interest in seeing that the flag was run up and politely dipped three times in response to the salutes of those strangers; in the smoking room there were always parties of gentlemen playing euchre, draughts and dominoes, especially dominoes, that delightfully harmless game; and down on the main deck, "for'rard"—for'rard of the chicken-coops and the cattle—we had what was called "horse billiards." Horse billiards is a fine game. It affords good, active exercise, hilarity, and consuming excitement. It is a mixture of "hop-scotch" and shuffleboard played with a crutch. A large hop-scotch diagram is marked out on the deck with chalk, and each compartment numbered. You stand off three or four steps, with some broad wooden disks before you on the deck, and these you send forward with a vigorous thrust of a long crutch. If a disk stops on a chalk line, it does not count anything. If it stops in division No. 7, it counts 7; in 5, it counts 5, and so on. The game is 100, and four can play at a time. That game would be very simple played on a stationary floor, but with us, to play it well required science. We had to allow for the reeling of the ship to the right or the left. Very often one made calculations for a heel to the right and the ship did not go that way. The consequence was that that disk missed the whole hopscotch plan a yard or two, and then there was humiliation on one side and laughter on the other."

Excerpt from “The Innocents Abroad” by Mark Twain

Mark Twain, the steamboat captain, journalist, author, traveler and critical thinker was known for this passion for the shuffleboard game which he played in several variations. He developed this appreciation for this game when he worked on the Mississippi River. The complete history of shuffleboard is unknown. Some records date back to the 15th century where the English royalty enjoyed a good game of "shove groat". In its earliest form the players were shoving a groat, which was a large coin, across a polished tabletop. The colonists introduced the game to America where it became a favorite pastime. By the end of the nineteenth century it was widely popular with prized tournaments played around the country. While it kept its appeal during the first half of the 20th century, the demise began in the 1960's.

But the game back - in a very different form and much simpler to play. All you need is one finger to click a button. And you certainly need little mental effort.

According to the Radicati Group, every day we fire off over 250 billion email messages. They rank from senseless notes to complex thoughts. As we face a high volume of data, the question becomes how we intellectually process them, if at all. Also, how are they influencing our behavior and how we interact with our environment? My observations are directly linked to my discussion about today’s communication. As we communicate more and more through digital messaging services, we increasingly replace processing information with distributing them. At the center we find the “Forward Message” function. We add a few words, often just an abbreviation, and shuffle it on to somewhere, just like the travelers sent off the wooden disk playing horse billiards on board Quaker City.

We became a train station on the information highway. Yet, actions are taken as a result of this accumulation and distribution of “volume”. We don’t process, think, formulate and direct but shuffle it on and out of our sphere. Here is how to play Shuffleboard v2.0: receiving, glancing at it or, perhaps, if we make an effort, reading it, click on [Forward], add one but better several names to the [To] field, then a few more on [cc] and ….. [Send] ….. gone. A group of people receives, glances at it, a few read it, click on [Forward], names into [To] and [cc], perhaps a few under [bcc] and … [Send] …. gone. The interesting part is that we think we can coordinate actions through this exponential domino game. Do we define who is responsible for what? Do people comprehend and get engaged? Do we create ownership? There are no uniform answers to these questions but we do know one thing: we are out of the responsibility as we did forward it to so many people. Let’s wait for the next groat to shuffle.

This issue is a modern leadership challenge and suggestions how to address it can be found in the discourse “Communication 24/7”.

The volume phenomenon has other metastasis. The cognitive process to arrive at an educated opinion is gradually replaced by a transactional process where we belief truth is the result of a volume equation. This is very dangerous. Might it be the number of messages on a particular subject, the highest ranking of a Google search, the number of customer reviews or the aggregated amount of “thumbs ups” or “thumbs downs” on a topic or the ratings of a subject by our “friends” on social networks. As long as many are in favor, it is good, it is right, it is true! Comprehension and critical thinking became a democratic process.

Critical thinking is under siege. Next time when you would base your opinion or decisions on volume findings, I encourage you to ask yourself “really” or, even better, “why”. Why is such a wonderful word but became so confusing for many. In the age of digital knowledge, curiosity as well as doubt became seldom. Give it a thought!